We talked about these following models:

We put the three stances of the KARPMAN drama triangle, Persecutor, Victim, Rescuer on the floor on post its, and had people think of a time when they held someone else on contempt about something. Where would you stand on this triangle. And then what happened? Where are you standing after that? and gently finding a way they could have gotten OFF the Drama triangle – using Congruence stances – by asking questions, finding out what you want, and expressing it in way that others can hear it. 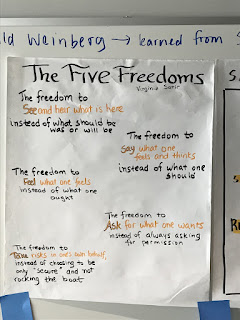 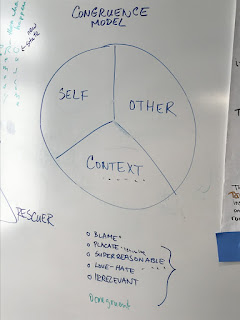 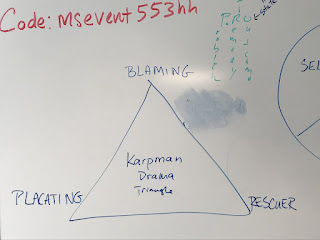 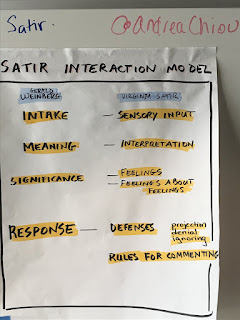 I also touched on the PRO model and REPROCess model for noting what kind of language people are using.  Here is a link to an article about that.
http://www.cleanlanguage.co.uk/articles/articles/303/1/REPROCess-Modelling-Attention/Page1.html
A lot to absorb but the role plays made it come alive…
Andrea Chiou, M.S., Agile Coach
Owner, Connections At Work, LLC
Dedicated to bringing effectiveness and joy to the work place through coaching, training, workshops, and retreats.